It’s no surprise that funeral consumers are changing. In fact, I reviewed four different factors affecting the funeral industry in the “Forces of Change” blog series I published in January. These forces included the technological revolution, dispersed families, society’s limited experience with death, and shifting religious views. In this industry, the only constant is change. And you may have a few thoughts about how to prepare for this change, such as: who exactly are these new funeral consumers? Just how much change are we talking about? Change can be scary, but in this blog series, I will reveal the traits and characteristics of the new funeral consumer and offer advice on how to manage these new consumer expectations.

The Funeral Friends at a Glance 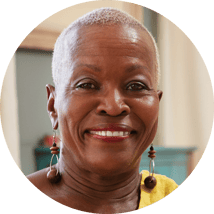 Funeral Friends account for 21% of the funeral market, just behind the Pine-Boxers. This group is called “Funeral Friends” because more than any other type, they see and understand the value of a funeral, a funeral home, and you. In fact, they are more likely to be loyal to a funeral home because of a personal relationship they have with the funeral director or owner. This group values their interpersonal relationships, and due to their high regard for funerals, this type is willing to spend more than any of the other consumer personas. They are very religious and attend church almost every week. They also believe it’s important to have a viewing and prefer a service led by a spiritual leader. One Funeral Friend said, “Help me step-by-step to honor my loved one in a way that is worth paying more for and is as memorable as they are.”

The Funeral Friends by the Numbers

Here are some statistics gathered from the McKee Wallwork + Co study:

This information shows us a glimpse of the preferences for this type of consumer. Funeral Friends are highly social. They will likely demonstrate southern hospitality and value relationships with people. They rate tradition highly, with 91% responding that tradition and ceremony are essential in a funeral service. They also understand the need for a funeral to assist the grief process, with 98% agreeing that grieving is necessary. Since Funeral Friends are driven by relationships, they appreciate the funeral director’s role in the process, and only 5% prefer to plan a funeral over the phone or online.

The Funeral Friend Consumer and You

If there were an ideal funeral consumer, the Funeral Friend type would be it. They want to engage and plan, they want to gather and remember and ensure their loved ones are cared for. As a result, they are willing to spend a little more on a more personalized service. Basically, this type is happy with funerals just the way they are. When speaking to a potential Funeral Friend, keep these things in mind:

Next week, join me as we analyze the next group of new consumers: Polite Farewells.