We all know funeral consumers are changing. In a recent series of blog posts, I went over several of the forces of change affecting the funeral profession today, including the technological revolution, dispersed families, shifting religious views, and our society’s limited experience with death. Ready or not, change is coming our way. But you may be wondering…how exactly will these changes affect me and my business? In this next series of blogs, I will show you exactly what the new funeral consumer looks like and offer advice on how to better serve these families in your funeral home.

The study revealed six distinct consumer “personas,” or types, that are in your market today. The consumer types were the Pine-Boxers, Funeral Friends, Polite Farewells, Dead-Enders, Solo Secularists, and Click & Callers. The study also revealed that some consumer types were growing while others were declining in numbers. In this next series of blogs, I will go over each type of consumer and give you insights you can apply to your own market. Let’s start with the Pine-Boxers!

The Pine-Boxers at a Glance 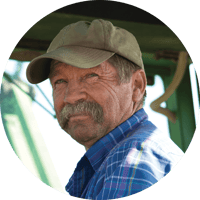 You might be asking yourself, who are the Pine-Boxers? How can I serve them? Well, Pine-Boxers make up about 22% of the funeral market, which is the largest segment. They are aptly named because they are likely to tell you something like, “just bury me in the same pine box we put Dad in.” This group tends to have a no-nonsense, matter-of-fact attitude toward funerals and will not bring much emotion into the planning process. One Pine-Boxer summed up his attitude by saying, “Help me get ’er done quickly and simply…and I’m not going to spend a fortune.” Pine-Boxers are very price sensitive, but they tend to prefer burial over cremation. Most identify as Christian but may not be regular churchgoers.

“Just bury me in the same pine box we put Dad in.”

The Pine-Boxers by the Numbers

This information gives us a bit of insight into what this type of consumer prefers. Pine-Boxers are generally hard-working, salt–of–the–earth type of people. They tend to be practical and traditional, with 60% responding that tradition and ceremony are important. They also overwhelmingly prefer to plan a funeral service in person rather than on the phone or online. Pine-Boxers are driven by relationships and community connections. 88% believe that grieving is necessary and 92% identify as either Catholic or Protestant in faith.

The Pine-Boxer Consumer and You

While this group may not be willing to shell out thousands of dollars on an elaborate funeral, they do have a preference for burial and tradition. They will rely on your expertise to guide them in making budget-friendly decisions. When speaking with a potential Pine-Boxer, here are a few pointers:

Next week, join me as I break down the second-largest group of new consumers: Funeral Friends. See you there!

Get Started with Passare in Just 30 Days: Go Live!