Change is certainly inevitable, even expected, in this rapidly changing funeral industry. In fact, there are many forces of change  within our society that directly affect consumers, including: the technological revolution, dispersed families, society’s limited experience with death, and shifting religious views. Most likely, you’ve had to adjust your way of thinking to keep up with these shifting factors, but here’s something you may not have considered: societal changes can cause a shift in consumer preferences, too. With so many changing societal trends, you may be feeling overwhelmed about how to serve these new consumers. However, in this series of articles, I will reveal the behavior patterns of these new funeral consumers and give you an idea of how to help them.

The study revealed six distinct consumer types, or “personas,” that are in your market today. The consumer types are the Pine-Boxers, Funeral Friends, Polite Farewells, Dead-Enders, Solo Secularists, and Click & Callers. I’ve written articles about the first four types, which are linked above. Now, let’s push ahead to the next group: Solo Secularists!

The Solo Secularists at a Glance 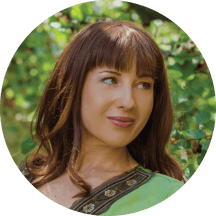 With the Solo Secularists, we start to see an obvious trend toward different preferences. In comparison to the other types, this group is the most highly educated with the average person having a master’s or doctorate degree. They are very conscious about the environment and will often pay for environmentally–friendly cremation options. We can also generalize that this group may have contributed to the rise in pet cremations because many feel a closer bond with their pet than they do some family members. Individuals in this type are not religious, but they may describe themselves as “spiritual.” Ultimately, the Solo Secularist does not see a need for a funeral home or funeral. Instead, they are more likely to choose a direct cremation and throw a party to memorialize their loved one. If a funeral home wants to serve this segment well, they need to, as one Solo Secularist put it: “provide new, unorthodox ways to honor my loved one with a celebration of life that is as unique as he was.”

The Solo Secularists by the Numbers

Here are some more details about this type:

As mentioned previously, the Solo Secularist type have vastly different preferences from the other types. One of the biggest differences is regarding religion: 57% of Solo Secularists consider themselves agnostic, atheist, or not religious, hence the “Secularist” name. When it comes to funerals, 65% of individuals surveyed believe that tradition and ceremony are important, whereas 98% noted that grieving is necessary. 20% of Solo Secularists stated that it is important for them to see the body, but 18% consider the viewing of a body to be barbaric. Additionally, 19% prefer to arrange services online or by phone and prefer digital communication with funeral home staff.

The Solo Secularist Consumer and You

Overall, Solo Secularists have a neutral attitude toward funerals. They don’t want simple or traditional; they prefer a planning experience that allows them to customize a service. This means they are willing to spend more money so long as it means they can have an elaborate event that reflects the life of the deceased. Consider the following if you serve a Solo Secularist in your funeral home:

In the final article of this series, I will explain the last consumer type: Click & Callers.